The number of active players in a game can vary widely each year. For this list, we turn to platforms like Steam and the developers’ websites to find out what are some of the most played and popular online games in the world in 2021 .

We collect relevant data such as the approximate estimate of active players and the number of registered accounts of the most played games.

One of the most popular and celebrated games in the world, Fortnite launched in 2017 and attracted 125 million players in its first year of debut alone. Today, there are two game modes , Fortnite: Save the World and Fortnite: Battle Royale . In both modes of play, you must collect materials such as wood, brick and metal to build your fortifications. In addition, weapons are available for you to complete a mission or be the last player on the map.

The basic idea of ​​this game that conquers crowds is building by blocks. Competitors need to collect resources in order to survive, creating environments in a creative way. The game has several different modes, but the main one is “Survival”. In it, the objective is to go through different stages, each time more complicated, until reaching the final battle, with the Ender Dragon. The first version of Minecraft was released in 2009 and in Brazil the game leads the list with the most hours on Youtube Gaming.

In this classic battle royale , fight until you are the last survivor on the island. When released, Garena Free Fire became the Best Popular Voting Game on Google Play and attracted millions of gamers who became passionate about the adventure. In the game, you have the possibility to battle with up to 50 players, explore the island and obtain weapons and other equipment to become the winner of the game.

Known as LOL , League of Legends is a favorite among gamers, a real fever in the world of online games! The objective of the game is to enter the enemy field with the so-called “Champions” – who have different powers -, to overcome obstacles, to reach the Nexus (the heart of the base of each team or competitor) and destroy it. The League of Legends has huge international competitions, bringing together fans from all over the world. The main LOL event in Brazil is the Brazilian League of Legends Championship (CBLoL). 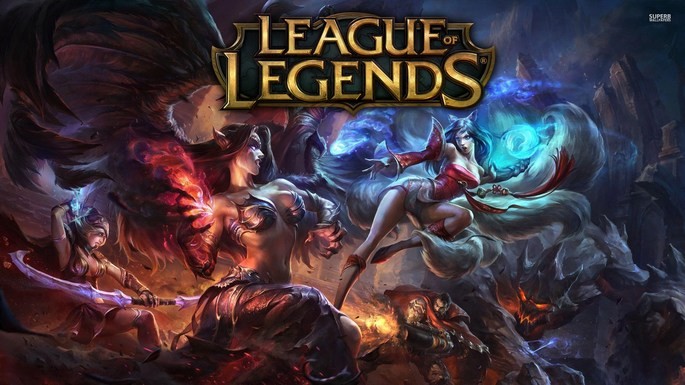 Here is the new version of one of the most beloved episodes of this addictive franchise. New version, new story: this time, you are an elite soldier who needs to do everything to prevent terrorists from using chemical weapons and, in addition, to avoid an imminent world war. Are you ready for the most important mission of your life? 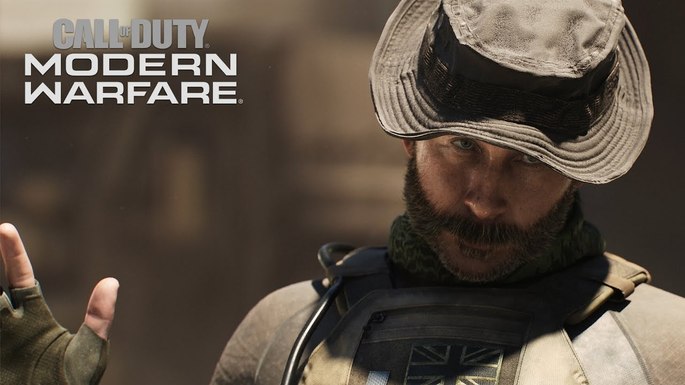 PlayerUnknown’s Battlegrounds ( PUBG ) is a game of the battle royale genre , a mixture of survival and exploration of territories. At PUBGS , competitors are parachuted onto an island with absolutely nothing. Everything, including their own clothes and weapons, has to be conquered within the territory, while the player tries to overcome obstacles and stay on the island as long as possible. Up to 100 players can be launched on the island at one time, but there is only one winner, or one winning team, if playing in teams.

This classic game was released in 2011 and remains popular to this day, with millions of players active monthly. In Dota 2, you can play online or offline and you must be extremely strategist to become the champion of the match. The main objective, in any of the game modes, is to defeat the enemy team.

Set during World War II and the Cold War, World of Tanks is a game for those who love combat vehicles and lots of action. In this game, there are 700 vehicles from different nations for you to choose from, tanks, tank hunters, medium, heavy tanks and artillery. In the game, you are placed on a random map and can control your war vehicle and communicate with other players via chat.

Launched in 2005, Dungeon Fighter Online is one of the most played online games in the world today, surpassing 700 million players. This game is a multiplayer RPG of action and beat ’em up and due to its popularity it even received adaptations in anime and manga of the background story. This game created by a South Korean company was a true phenomenon in Asia, being released worldwide only in 2015, when it won a greater number of active players.

Highly influenced by the popularity of the Mario Kart franchise games, GKART was launched in 2010 and has gained a lot of popularity in China. The following year, it was officially launched in 13 countries, mostly in Asia and in 2017 the mobile version attracted even more players around the world. GKART is an extremely simplified racing game for keyboards, which makes it very dynamic and electrifying.

Among Us was launched in 2018, but it was in the year 2020 that it fell into favor with the public. The game consists of a room where players are given a title at the beginning of each match: imposter or crew. The impostor (or impostors) must kill the crew or sabotage the ship they are on. A vote can be taken at any time for everyone to vote for who they think is the impostor to expel him from the aircraft.

This very popular racing game around the world is part of the Crazy Arcade franchise. The game offers a wide variety of game modes, also based on the purchase or purchase of items that can make you stand out in each race. The large number of active players is related to the success of the game in Asia. By 2020, half the Korean population and 45% of Taiwan’s population had already registered for the game.

This multiplayer RPG fantasy game was released in 2001 and continues to be very popular around the world. The story of the game takes place in the world of Gielinor, a fantastic medieval world with different kingdoms and cities. Players can travel through the oceans through various mobilities. Challenges, quests and monsters can be found along this fantastic journey.

In this battle royale game , you need to be very smart, fast and sure to get the better of it. Each Legend available for the game has its own personality (some are soldiers, others are bandits) and have unique abilities that, if well explored by you, can lead your Squad to victory. And victory at the Apex Games means wealth, glory and fame. Are you ready? 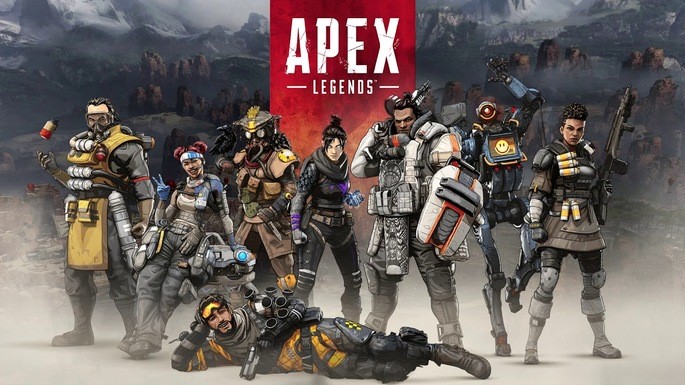 The creators of Hearthstone: Heroes of Warcraft define it as “easy to learn and impossible to put down”. It works like this: players must choose cards in order to build a deck, which is nothing more than a collection of weapons and spells. Each competitor’s deck is represented by a hero, who has unique powers. The strength of each hero is proven on the battlefield where the strongest survive. The idea of ​​the game is simple and it is available for free and in Portuguese.

In this virtual battle, two teams of six components compete for victory. Each player must choose a hero who can basically fulfill three different functions: damage, tank and support. In the first role, the hero is responsible for attacking enemies. In the second, he must resist and destroy the opponents’ fortified positions. In the latter case, the hero has to support his team, protecting and guaranteeing his survival. There are several game modes and levels range from 1 to 5, with 1 being the most basic and 5 being the most advanced.

Valorant is a 5X5 tactical shooting game. Win the group that first fulfills the mission (which can be detonating a bomb or defusing it) or eliminating all players in the opposing group. A really cool thing about this game is that each character has unique special powers. To win, you need to use these skills well and know how to combine them with your team’s strategies. The game is available for free! 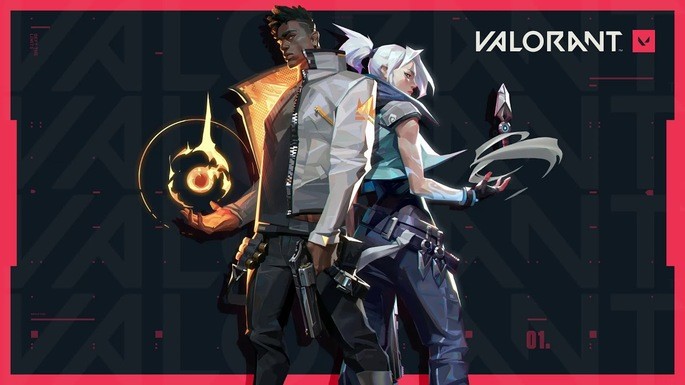 What is good never goes out of style, is it not? The super popular Counter-Strike , released in 1999, is a good example of this. Available since 2012 with the Global Offensive version ( CS: GO ), the game is one of the most traditional in the world of games. Players compete in teams and position themselves as terrorists (T) and against terrorists (CT). T players must deploy a bomb in the enemy field, while CTs must deactivate it, destroying enemies and protecting potential victims.

There are several world championships organized for fans of the game, such as the so-called Majors. These competitions have prizes of almost 4 million reais and some Brazilian names have already made history taking the prize home.

Rainbox Six: Siege is part of the Ubisoft game series inspired by the books of author Tom Clancy. Competitors take on roles in a team trained to end some terrorist plans and are divided into Attack and Defense. The attack team must work to deactivate the bombs, while the defense team must ensure that the opponents do not reach their goal. The game requires strategy to assemble the teams, as well as a good understanding of the maps where the battles take place.

How to Add Kodi Subtitles

How Do I Add Resources to Kodi?

admin - January 20, 2022
0
Locast is one of the popular streaming services, a non-profit television service that provides users access to a bundle of television stations. The service...

Explore the real hype of following

admin - January 14, 2022
0
Sl618 Is It Safe To Use? Dashboard Login Details Sl618 net allows streaming and betting on Sabong online. This popular recreational sport is enjoyed by...

The React Buzz is the brainchild of a team with the best news writers known. With a vast outreach and popularity for engaging exclusive and authentic content in the world of Technology, The React Buzz has risen like a phoenix as one of the acclaimed Technology-based site till date. The primitive lookout of the site is to publish daily updates from the tech world while also covering various gadget reviews like the CES 2019 convention. To-do guides, instruction manual-based videos the recent trends in the tech market share are also reported from the site on a daily basis.

Everything To Know About Airbnb Coupon Codes

How Do I Add Resources to Kodi?